The resolution describes the value from which two adjacent measured values ​​can be distinguished. So it defines the smallest possible difference that is clearly recognized.

For visual displays, the dictionary for metrology refers to the resolution as the "smallest difference that can be reasonably distinguished".

The term resolution is closely related to the concept of the threshold: the threshold is the maximum value that causes no detectable change in the display.

Resolution is not synonymous with accuracy.

Measurement of the resolution

ME measuring systems defines as resolution the difference between maximum value and minimum value of the last 10 seconds or alternatively the last 100 measured values.

This is a strict definition of resolution. Alternatively, one could also use the rectifier mean value (RMS value) of the last 3 seconds, or also the last 30 measured values.

Transferred to a graphics screen, one could say: For the resolution 1x line width must be seen as a difference to be clearly perceptible.

The relative resolution (relative to the measuring range) is essentially a quality feature of the measuring amplifier: The inherent noise of the first amplification stage is decisive for the resolution. The resolution of the analog-to-digital converter (the digitizing noise) is usually better (finer) than the noise amplitude with 16 or 24 bit technology.

With a noise distributed uniformly over all frequency components (white noise), a 10-fold bandwidth results in a √10 ≈ 3-fold noise amplitude.

In addition to the "inherent noise" of the measuring amplifier, external influences determine the achievable resolution. In particular, the shielding of the sensor lines is an essential prerequisite for a high resolution.

Vibration, drafts or entry of heat reduce the resolution.

Influence of the bridge supply voltage

A reduction in the bridge supply voltage can lead to better stability of the bridge circuit.

Influence of the Strain Gauges

A higher gage-factor of the strain gauge does not necessarily lead to a higher resolution. For a high resolution is a good "self-compensation" and above all a similar temporal behavior regarding drift and creep effects required.

The following numbers clarify the requirements:

In fact, the maximum strain of most sensors is only 500μm / m, the resolution of the measuring amplifier GSV-8 is about 100000 parts and the measuring grid length is often only 1.6mm! 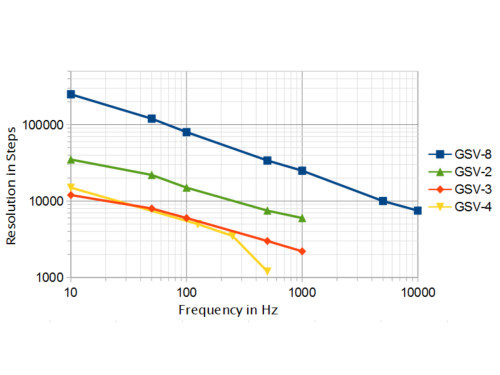 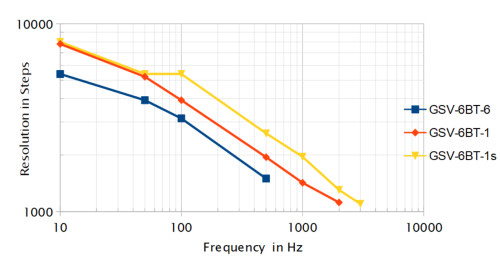 Bandwidth 10Hz: Over a period of 10s, the measurement signal remains stable within 0.1mN. The resolution is 0.1mN according to this definition. 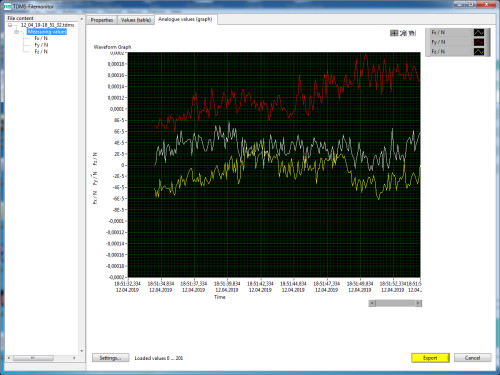