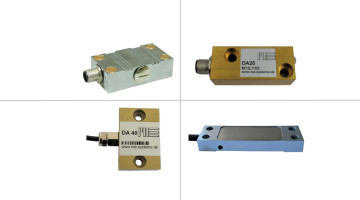 Strain sensors in our online shop

Strain is defined as the change in length DI of a material based on its original length I0.
The strain is generated e.g. by the influence of temperature or force or by physical effects such as e.g.  magnetostriction or piezoelectricity.
The relationship between strain and its cause is described by material coefficients, for example, thermal expansion coefficient, elastic modulus, magnetostriction or piezo module.

The strain unit is meter per meter.
In technics the strain is most specified in microns per meter (µm/m).

Many physical quantities are indirectly determined in which the strain is measured. There are countless scales in the technics, in trade and in the households, near pressure sensors, force sensors, acceleration sensors, torque sensors...
The strain gauge is used for converting the strain into an electric signal.