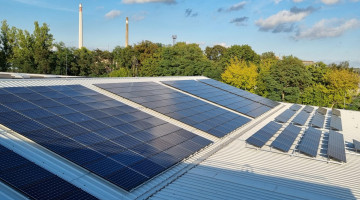 Measure the load on the spar of a plane

One of the oldest passenger aircrafts, the JU-52 "Aunt-Ju", was in operation between 1939 and 1981 with the Swiss Air Force.
Subsequently, the three machines at the location in Dübendorf near Zurich passed into the possession of the "Ju-Air", which they still use today for tours.
Also in Hamburg a JU-52 after 80 years of service was generally overtaken:

With the help of #straingage, the stresses on the spars are recorded during flight operations. This way you can recognize new damages quickly and avoid major repairs.
For this purpose, our employee Michael has been in Switzerland and has stuck strain gauges so that the aircraft will also experience his hundreds of service jubilees.
When climbing in the narrow bearing surface, it is useful if the function of the strain gauge can be tested immediately: For this we always have a GSV-2MSD-DI.
https://www.me-systeme.de/shop/en/electronics/gsv-2/gsv-2msd-di/gsv-2msd-di-ip431
More about the airplane with diesel engine and the corrugated sheet-planking: https://en.wikipedia.org/wiki/Junkers_Ju_52 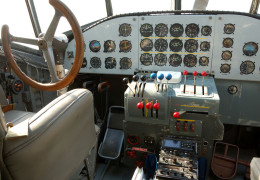 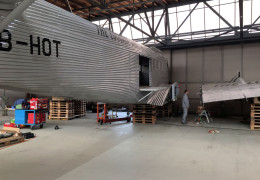 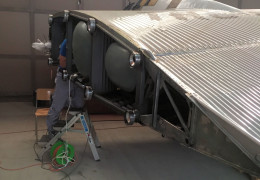 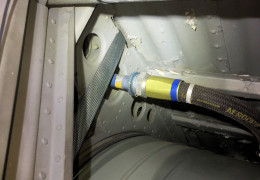 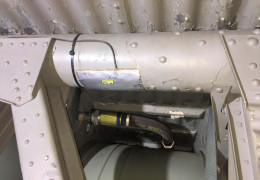 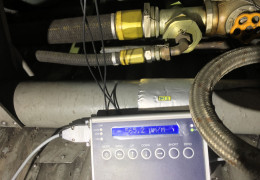